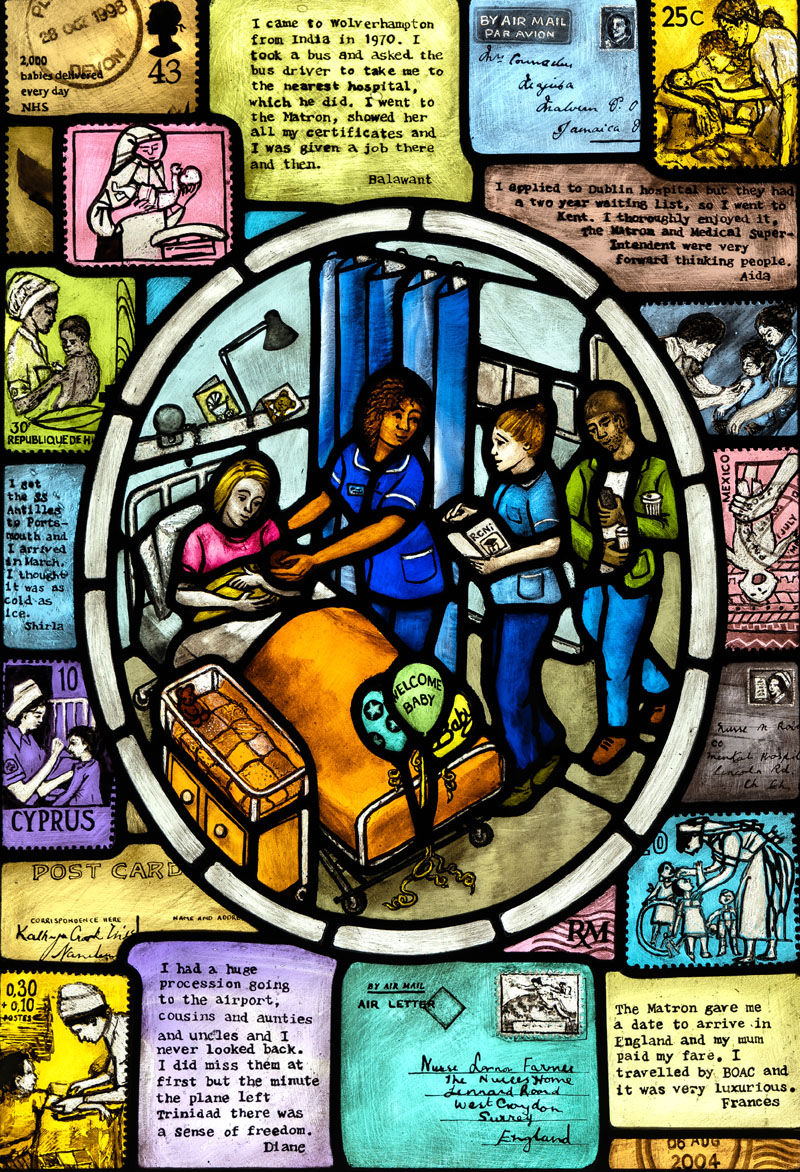 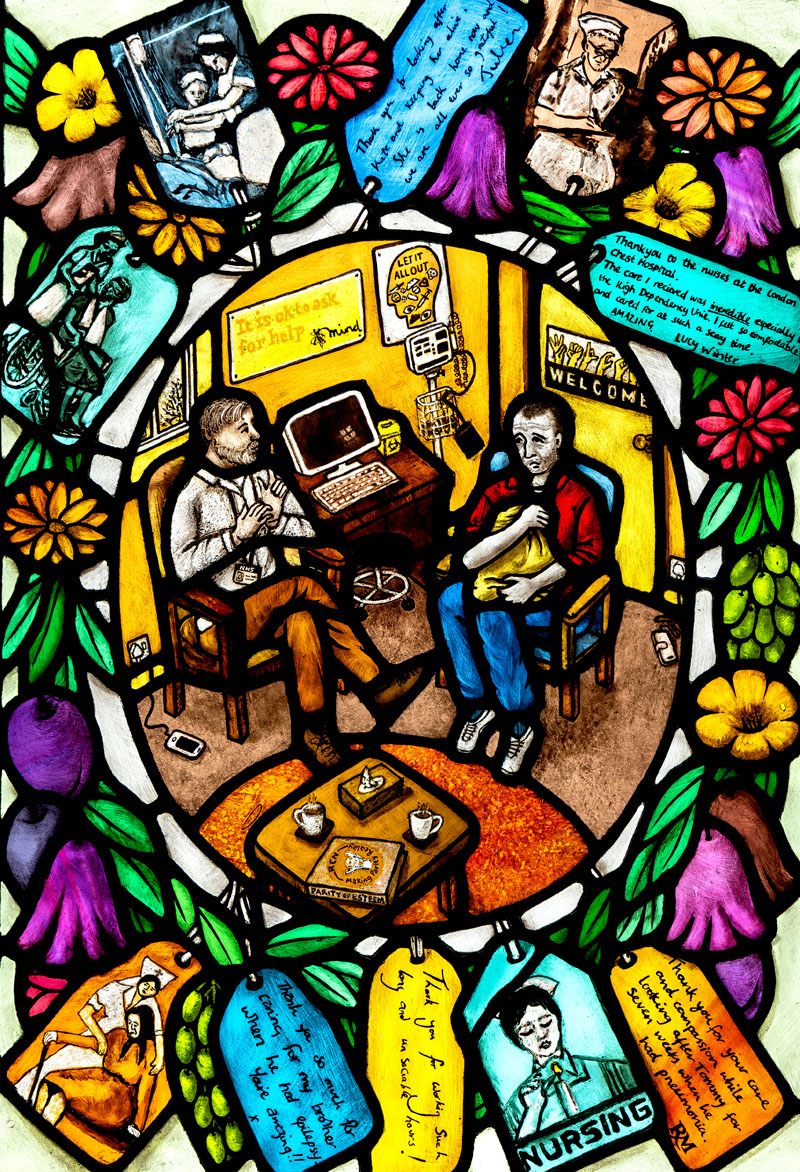 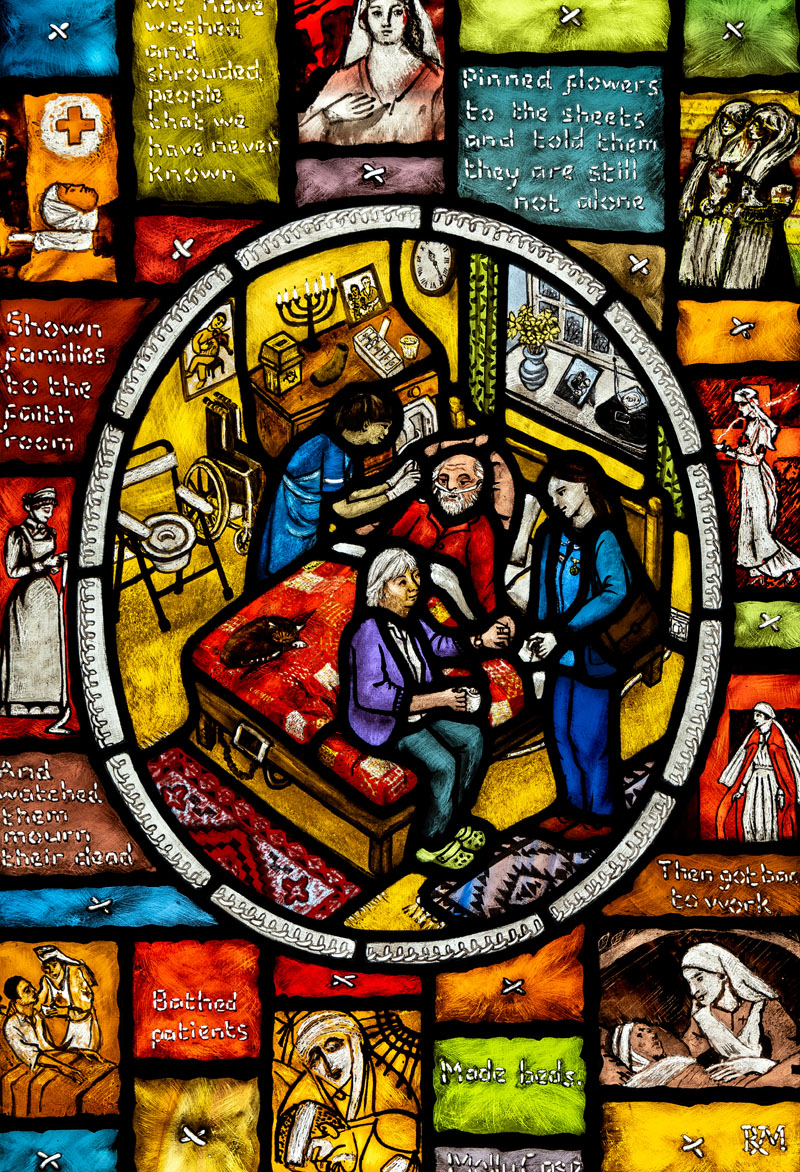 This was a fascinating project to work on as it involved three workshops with nurses in Sunderland, Ely and Surrey exploring emotions in modern nursing. I incorporated 22 small pieces in the borders that were engraved and painted by the nurses. I came up with the designs following the workshops so I was able to include many of the themes that were discussed.

The first panel shows the start of life, illustrating the routine hospital birth that I was lucky enough to experience. The border explores the beginning of nursing life that some nurses recounted when arriving in the UK for the first time. It also shows the stamps from around the world that celebrate nursing.

The middle of life is considered in the central panel, and the border has messages of thanks from people who have been helped to recovery by nurses. I was inspired by the time I spent volunteering at a psychotherapy hospital in Surrey in the 1980’s. The garland of flowers is a reference to the stained glass panels at the Royal College of Nursing that inspired the project.

The final panel depicts the end of life care that my stepfather received in rural Devon, with both the District Nurse and a Marie Curie nurse shown. The quilted border has images reflecting the traumatic side of nursing, often during war, and the quote is from Nursing the Nation by Molly Case.